An Idea Became a Vision

An Idea Became a Vision

John Pyle, founder of Dads for Boys, spent most of his life chasing money in the fast lane, having little time for family relationships. His marriages ended in divorce. A picture of success on the outside, he felt empty inside. In 1985, he took an airplane flight that changed his life. He sat next to Harold Bredesen who saw through the pretense and challenged John to deal with his relationship with God and his life in general.

John’s life and focus changed and he began spending quality time with his children. On weekends with his youngest son, he realized that most of Jay’s friends were from single-mom homes, craving for positive male attention and direction. A vision began stirring within him of recruiting men to become positive male role models in the lives of these boys. Men who would take the boys camping, boating and fishing. They would provide leadership, spiritual guidance and friendship.

In 1989 he formed Dads for Boys and purchased 240 acres of lakefront land in Umatilla, Florida. This was a perfect wildlife atmosphere for outdoor activities. His vision became a reality. In 1994 he developed the Latin American divisions including Puerto Rico, Venezuela, Argentina and Columbia. 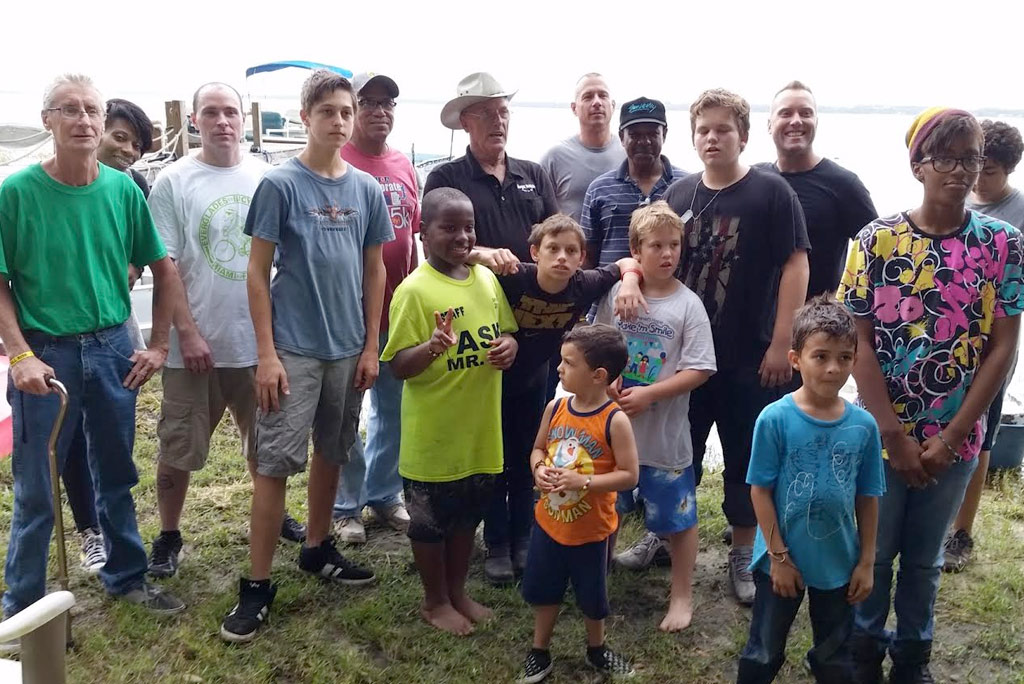 Our passion is to reach even more fatherless boys as this epidemic has increased over the years. It now includes the added problems of addictions to social media, cell phones, internet pornography, and online gaming. All of which can isolate youth event more from inter-personal relationships and guidance. Mentors are needed more than ever before! Connecting fatherless youth-at-risk with mentors, both of whom will discover passion and purpose being connected to each other. Please consider leaving a legacy of changing a boy’s life. Your own will be changed too.

In addition we are working on developing an online video series to reach out to gamers. We will update you on that when it comes together.

At this time we are traveling in our RV for a season and are available to speak to churches and organizations with our story and sharing from our experiences of 32 years now, and how you can also start reaching out to boys without dads. We’d be happy to keep in touch with you and help and guide you as you develop your own local fatherless boys mentoring outreach.

Note: John also speaks Spanish for those who are more comfortable with that.

We hope you will consider joining us in providing this life-transformation network, connecting youth-at-risk with mentors, both of whom will discover passion and purpose by being connected to each other.